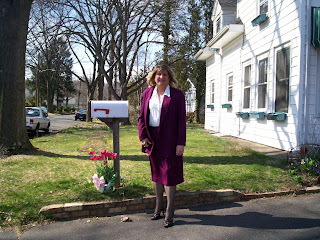 this is me headed to the diginity church meeting on the way out to the car i went across the street to chat with my neighbor. upon seeing her beautiful easter flowers i asked her to take my photo in front of the flowers. the weather being verrry nice finally but breezy ment all i could think of was how to keep my wig hair from being blown away. i guess with all the hair spray i used everything stayed in place! but the setting just screemed out "kodak moment" LOL.

the next stop was on to touch base with the historic site that i am president of this year. the building is open for tours on the first sunday of each month. thee wee 2 docents that knew of Diana and had seen photos of diana but had never seen the elusive diana in person. LOL of course there had to me one more docent on that didn't know of diana.... oh well.... but it worked out well.

from there it was onto the bakery to pick up goody's from the swiss pastry shop in scotch plains nj. for the social hour after the mass service of dignity.
the owner John is a master pastry chef who throughout the years during his training in the late 1950's has made cakes for several verrrrry well known people from around the world when they came to the ny area.
he only uses real ingredients no substitutions ie real dark chocolate  not coco, and real wip cream not crisco icing  ect. amongst his specialties include chocolate, cinaman, and aprocot rugala .
he always teases me that he prefers it when diana comes in instead of dave.

finally i was on my way up to maplewood to the service. 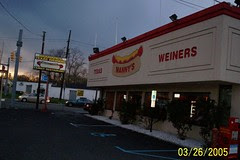 on the way home i stopped at manny's texas weiner resturant ( a full menu diner) also in maplewood nj for a bite to eat ( a verrry late lunch at about dinner time LOL) the usual waitress who is related to the owner was off but i ordered a burger anyway. (ignor the date stamp as the photo is newer - april 2011 -  then stated due to  a blond moment with the camera settings. LOL )

then it was home to cook dinner for dad and me ( as diana) in spite of the verrry late lunch i found i could still find room for some home made meat loaf. dad has been verrry accepting and gracious about me being dressed as diana. although he will ask were dave is LOL. i just tell him that dave felt it was time for him to have a prettier dinner companion LOL  i am soooo lucky to have such a understanding and loving dad!

hope everyone had a great day with great weather like we had!

just some info to bring everyone up to date in our repairs since storm sandy. 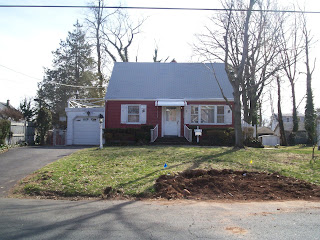 5 months after storm sandy our roof is repaired, the canopy and gutter replaced, and
the town removed the stump and filled the hole. Yea!
due to afternoon drissel it took the roofers 3 days just to work on what you see in this photo (the front roof area only) 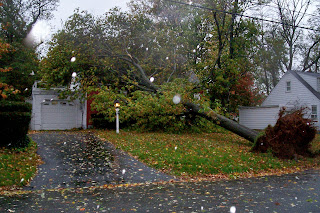 ( the second photo is what it looked like during the storm )
a friend of mine asked if i was really just trying to hide from the tax man. LOL


of course the town crew and the roofers all appeared at the same days. LOL 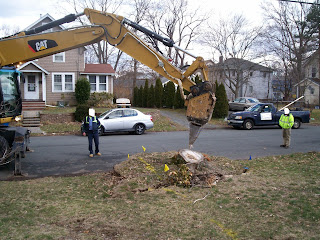 the following week the other company came to install the front canopy and front gutter. and the town also arrived to pick up the stump pieces. what are the odds...